Fashion Designers | Outside the Box 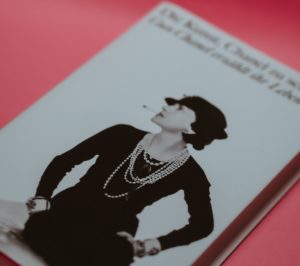 You would be hard pressed to find someone in the world who had never heard of Coco Chanel.  She is probably the first to come to mind when people are asked about fashion and luxury.  The French Queen of Fashion.  France has been considered the epicenter of fashion for centuries.  I both agree and disagree somewhat with this statement, but regardless they hold onto this label and the right to bequwith approval upon a Fashion House, Label or Designer.  Moving on…Coco Chanel is not her birth name. Coco Chanel began her life as Gabrielle.  She was named after one of the nuns who helped with her delivery.  Coco Chanel, was born into poverty in the late 1800’s.  Her parents were not married-which at that time would have been scandalous.  Her beginnings are muddled, as she had a tendency to story tell, to alter or fully change her story.  What we do know is her mother died while Coco was still a child and her father (who constantly abandoned his family) dropped her and her sister’s off with a family as unpaid labor.  Soon after, Coco was handed over to the nuns who ran an orphanage at the Congregation of the Sacred Heart of Mary. This was a rough way to start life.  Coco Chanel’s life continued to be a desolate, difficult and I would say, lonely journey.  However, her life became one of men, polo and fashion.  Gabrielle’s life began in hardship but ended as a fashion innovator and icon of Parisian Haute couture and fashion. A title she still holds to this day.

After her infamous start

Coco Chanel, began making inroads in fashion.  She is known for creating the woman’s suit, (Chanel Jacket anyone?), the quilted purse, costume jewelry and the “little black dress”.  She also introduced a perfume line.  All of these continue to this day.  Coco Chanel spent a lot of her childhood sewing and developing this skill, eventually working as a seamstress for a local draper.  Before beginning her journey into the fashion design world, she had a millinery where she designed and sold hats.  The business took off and did well, beginning her enterprise. Her designs of slightly embellished boater hats are still popular today.

In 1913 Coco Chanel’s began her journey into fashion design.  You may ask how can we consider Coco Chanel “Outside the Box”? 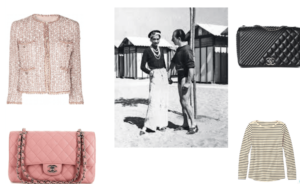 While her designs have become classics and long lasting, initially they would have been considered quite controversial and against common fashion ideals.  Women did not wear pants as of yet and the corset still ruled the day.  Instead, Coco Chanel drew from the inspiration around her, from Men’s Polo Uniforms to the dress of French Sailors.  She began dressing women in men’s Polo uniforms slightly altered with more feminine aspects added.  Her sailor shirts and wide leg pants were a huge digression from the corseted fashion of the day.

I love a good piece of Costume Jewelry, it allows so much play with less preciousness.  Coco Chanel agreed, even though it was not common practice at the time to mix real and fake jewelry together, she decided to marry the two. She was even quoted as saying, “A woman should mix fake and real.  The point of jewelry isn’t to make a woman look rich but to adorn her; not the same thing.”  While some would argue with this statement, it led Coco Chanel to collaborate with an Italian Jeweler creating her Maltese Cross Cuffs.  All of this eventually led to the release of her signature necklaces of faux pearls and stones 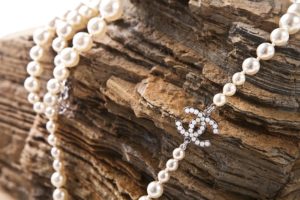 The Chanel Suit and Chanel No. 5

Most everyone has seen a Chanel Suit, or at least a copy of one.  It is iconic and has been around since it’s inception in the 1920’s but with more force from the 1960″s on.  The Straight lines of a collarless tweed jacket and a matching slim skirt were Chanel’s design.
Coco Chanel did not limit herself to clothing.  How about Chanel No. 5, need I say more? The perfume name is synomous with glamor, elegance, strength and was Coco Chanel’s first fragrance.

It is amazing how many items commonplace to the fashion world, items we have heard of or regularly encounter in life, are Coco Chanel’s designed.  She had the ability to think for herself and outside the confines of society, the independence and loner qualities which allowed her to take a chance.  These chances led to changes in the fashion world that have outlived even the person of Coco Chanel.  Chanel began her fashion journey in the early 1900’s and while she passed away in 1971, her Fashion House and her Fashion Innovations continue on and are still a force in the Fashion industry today, over a century later. 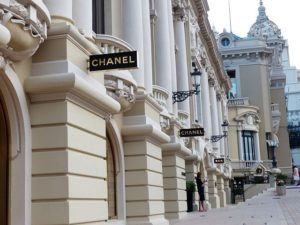 I am a mom, wife and a Fashion Stylist and trained Image Consultant. What started out as a fun way to help others express themselves through fashion became a calling when I trained with an international Certified Image Consultant. Over the years I have worked with a variety of people and businesses including men, women, moms, grandmas, wealth management firms, accountants, occupational therapists, gym owners, authors, executive directors, photographers, makeup artists and more.

Meet designer of Sisi Aduke-Jummy Salami. We first met at Phoenix Fashion Week, Fall of 2019.  Her designs drew me in immediately.  I am oft drawn to a design that mixes different looks together, and that is just what Jummy does.  Her styles, and her sweet smile, stop...

Laura Tanzer. My first introduction to Laura Tanzer was as an attendee of F.A.B.R.I.C. November 2019 Runway Show.The show featured a variety of local fashion designers, each designer showing one piece. Laura Tanzer's piece was somehow tailored while still full of...

I LOVE Fashion! This quote could be said by me as well as my next Designer-Alicia Velasquez of DOTŁ’IZHI, but really when we both pare down what that means, I think it is we love creation, we love art, we love expression and the unique ways that is put forth person...